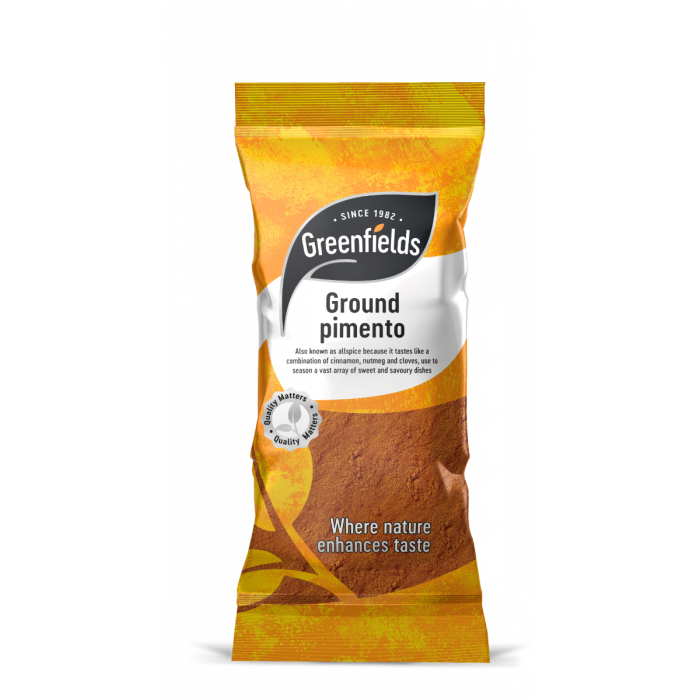 Skip to the beginning of the images gallery
More Information
Ground Pimento or Allspice is the dried berry of the West Indian allspice tree. It is also known as Jamaican pepper because it tastes like a combination of cinnamon, cloves, nutmeg and pepper. Ground pimento allspice is widely used in Caribbean cooking, and is one of the central ingredients of Jamaican jerk seasoning. It's also one of the essential spices in Arabian cuisine.
CATEGORY: Greenfields Spices
WEIGHT: 0.075000
Reviews
Write Your Own Review