Be the first to review this product
£1.69
In stock
SKU
tariq-halal-Greenfields-Whole-Pimento
CATEGORY: Greenfields Spices
WEIGHT: 0.100000 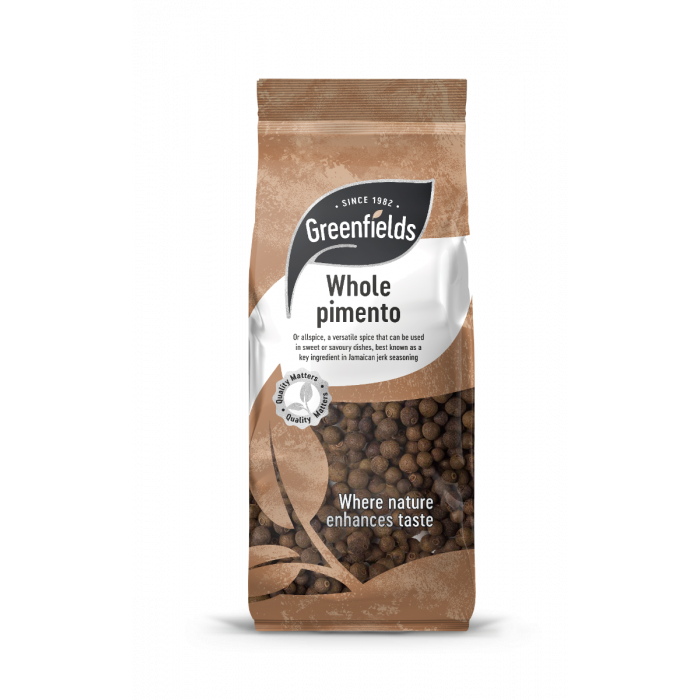 Skip to the beginning of the images gallery
More Information
Greenfields Whole pimento allspice is one of the most important Caribbean spices. It brings a warm sweetness to jerk seasoning. The whole berries are also a popular ingredient in pickling brine. An aromatic spice that looks like a large, smooth peppercorn (about the size of a pea). Often referred to as all spice, it is the dried berry of the West Indian all spice tree. It is also called Jamaican pepper or pimento and is so called because its taste is said to resemble a combination of cinnamon, cloves, nutmeg and pepper.
CATEGORY: Greenfields Spices
WEIGHT: 0.100000
Reviews
Write Your Own Review