Want to be the first to hear latest news and find out about our exclusive promotions.

Be the first to review this product
£1.69
In stock
SKU
tariq-halal-greenfields-dried-black-lime
CATEGORY: Greenfields Spices
WEIGHT: 0.075000

Skip to the end of the images gallery 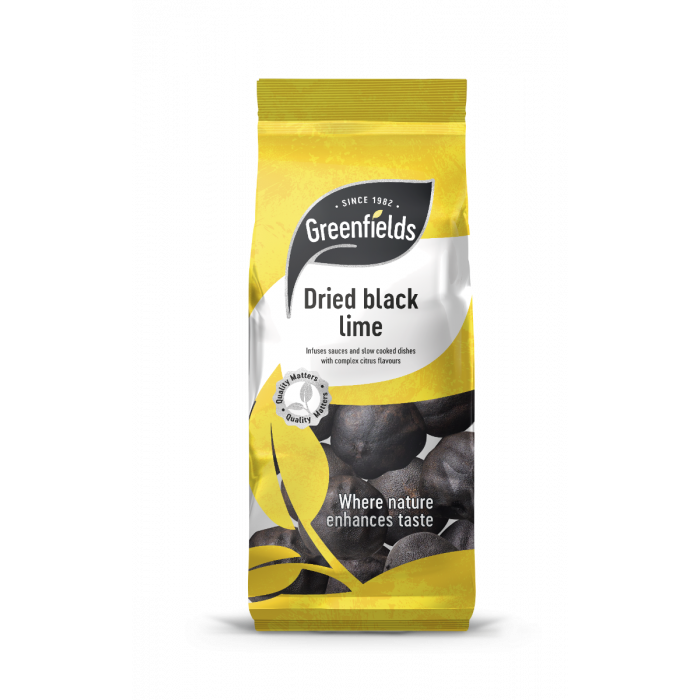 Skip to the beginning of the images gallery
More Information
Greenfields Dried Black Lime is also called Dried Lime, Loomi, Lumi, Noomi Basra, Omani, Amani, or Black Lemon is a spice used in Middle Eastern dishes. It is made by boiling fresh lime in salt water and sun drying until the insides turn black. In the Gulf States, loomi (dried black lime) and saffron used for the kebsa spice mixture (also called “Gulf baharat”). Black limes are usually used in legume, seafood or meat dishes. They are pierced, peeled or crushed before adding them to the dish. Dried Persian black limes are most commonly used in slow-cooked dishes, infusing sauces with complex citrus flavours.
CATEGORY: Greenfields Spices
WEIGHT: 0.075000
Reviews
Write Your Own Review